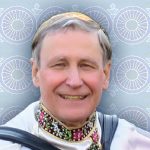 Michael Nazaretz (Accordion) – Michael first performed in a Russian folk music group, consisting of former displaced persons and their children, in his native Cleveland, Ohio in the early 1960s. His public debut was on a black & white TV program, “The Stylecrest Furniture Polka Hour.” In the Washington, DC area, Michael has played with the “Old Village Band” (Russian), “Dunav” (Balkan), “Lox and Vodka” (Jewish /klezmer), and the Washington Balalaika Society Orchestra. 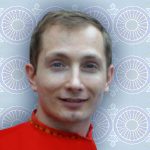 Peter Omelchenko (Domra) – Peter, a graduate of the Gnessin Academy of Music in Russia, has performed with the Osipov Balalaika Orchestra, and plays and soloes with the Washington Balalaika Society Orchestra. His musical talents also include singing, arranging, composing, and teaching. 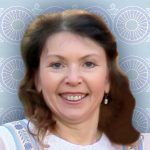 Yelena Rector (Prima Domra) – Yelena graduated from the Saratov Music Conservatory in Russia. She is a music teacher, and plays with the American Balalaika Symphony. Yelena is very fond of caviar. 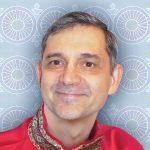 Andrei Saveliev (Prima Balalaika) – Originally from Saint Petersburg, Russia, Andrei learned to play the balalaika at the Rimsky-Korsakov Conservatory. He performs, including soloing, with the Washington Balalaika Society Orchestra. Andrei is widely recognized as an excellent teacher. 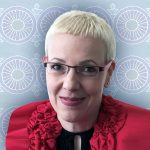 Anna Kusner (Guitar) – Anna graduated from the State Gnessin Music College in Moscow. In a duo with a Bolshoi Theater singer, she performed Russian art songs for several years at the Moscow Philharmonic Society. After graduating from the Academy of Music in Jerusalem in 1995, Anna performed with chamber orchestras and ensembles on Israeli TV, radio, and at music festivals. She has taught classical guitar widely, and has somehow found time to record 16 CDs. 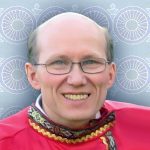 Andrei Mamoutkine (Contrabass Balalaika) – Andrei has played bass balalaika with the American Balalaika Symphony since 2002. His first US job was providing software support for hot dog vending machines. Andrei has moved up since then, work-wise, and currently teaches at Johns Hopkins U., Maryland U. Department of Astronomy , and the National Institutes of Health. 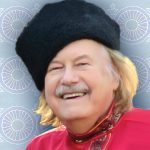 Nikita Wells (Vocalist) – Nikita has sung in Washington, DC, New York City, and Europe. He is general manager of the National Lyric Opera Company. Nikita, a member of the Montgomery County Composer Society, is writing an opera on the theme of Dracula, “Two Counts at Stake.” 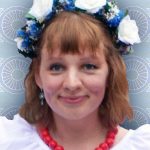 Olga Madison (Vocalist) – Olga indulges her passion for singing as a member of the St. Nicholas Cathedral choir in Washington, DC and other venues. Before emigrating to the US, she was a veterinarian in Russia, and saw more than her share of cats and pet mice, though not at the same time.